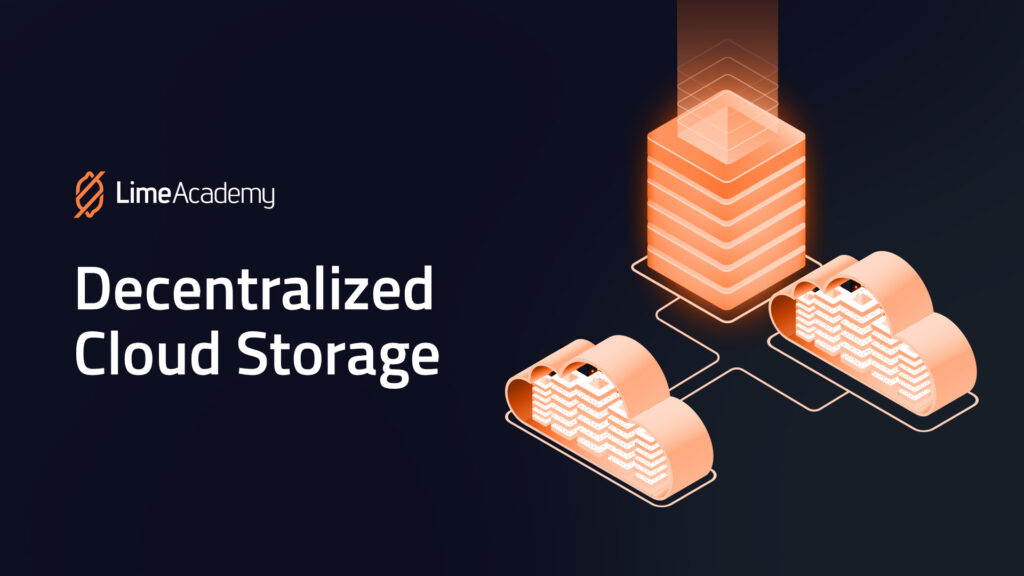 We’ve created a series of Web3 use cases to give you more insights into how blockchain technology changes the game for cloud storage, DeFi, gaming, and the metaverse.

Decentralized cloud storage has been on the rise with a number of projects showing promise and potential to challenge the status quo. The cloud storage landscape has long been dominated by tech giants like Amazon and Microsoft, whose cloud platforms have maintained a significant market lead. However, this centralized model has certain drawbacks that can easily be addressed by the Web3 alternatives.

How does decentralized data storage work?

While many Web3 use cases and applications are still relatively early in their development, decentralized cloud storage is one of the rare few that have reached the level of maturity necessary to unlock their full potential. This is because the idea for distributed storage and file sharing systems is hardly a new one. It actually predates the invention of blockchain technology, having been first explored by platforms like Napster and BitTorrent in the early 2000’s. At the same time, blockchain is the perfect underlying technology for such platforms and its clever use of cryptography elevates network security and user privacy to another level.

Unlike a platform Like Microsoft Azure, which depends on company-owned server farms, a decentralized cloud storage solution is underpinned by a peer-to-peer network of interconnected computers referred to as network nodes. Data can be stored across multiple nodes, with each node storing a copy of a particular piece of data. This technique is  known as ‘redundancy’ and is widely used to ensure data integrity. Crucially, network nodes cannot read or manipulate the data they store as it is encrypted.

The use of Web3 technologies allows for some interesting features and optimizations. For example, a decentralized storage platform could employ smart contracts to power a storage marketplace. Another example is how platforms typically create their own utility tokens, which can be used for a variety of purposes, including to reward users that are contributing their excess hard drive space to the network.

Why use decentralized cloud storage?

When it comes to data storage, the risk of data breaches is always present. This is especially true for centralized solutions, because of the so-called ‘single point of failure’. Decentralized systems, on the other hand, are particularly equipped to solve this problem. Backed up by redundancy and blockchain’s cryptographically-enabled immutability, user data stored on decentralized solutions is much less vulnerable to cyber attacks.

Centralized platforms are fully controlled by their parent companies which have complete power to determine the pricing structure of their offerings. And while competition between platforms can usually lead to lower rates, the pricing plans often remain too expensive or too rigid for the average consumer. This is especially true if the platforms in question already have sufficiently entrenched market positions.

In contrast, competition in decentralized systems exists at platform level, as separate storage nodes often compete against one another. This allows for much more competitive pricing, which benefits the end user.

With centralized platforms, users have no choice but to trust that the platform owner will not misuse or restrict their data. This problem simply does not exist on decentralized platforms as they are not controlled by any single entity. Another advantage of the Web3 approach is that the user data is stored in encrypted form, which bolsters data privacy.

In addition, because a decentralized solution is backed by potentially thousands, or even millions of nodes, it is much less susceptible to technical failures than its centralized counterparts. This means that users have more reliable access to their data.

Learn more about LimeAcademy and how you can transition to blockchain development and start building in the Web3 space!

Become a Blockchain Developer and
Skyrocket Your Career